With Matt Ulery's Loom/Large Band, it's Like Going to a 'Festival,' Woolgathering Records [REVIEW] 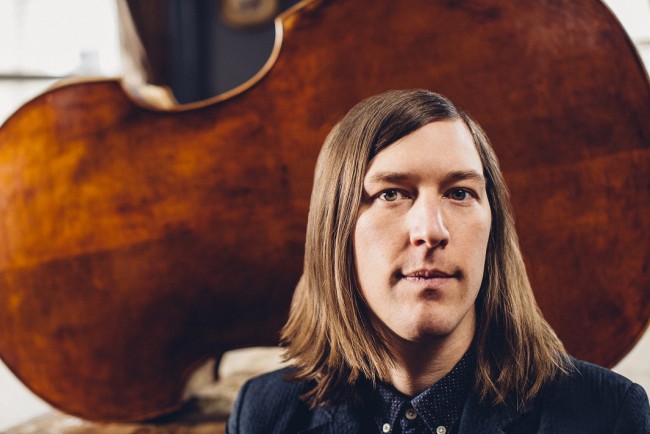 Bassist Matt Ulery has taken a quantum leap from utilizing his Chicago band Loom to augmenting Loom with something he calls Large: a 27-piece big-band fit to pounce out of your speakers with daring charts and the kind of innovative progressions of sound that are totally unlike most big-bands. It's in the way he positions the players on Festival (Woolgathering Records), his seventh CD.

Festival is in three movements. Part #1 features a totally creative cover of "The Peacocks" which pianist Jimmy Rowles wrote as the title song of a 1975 Stan Getz album. Here, it's an 8:38 montage of illustrious soloing and dynamic interplay where each instrument seems to spur the other on. Violinist Zach Brock--who has brightened up both Snarky Puppy and The Stanley Clarke Band--soars. The five saxophones, five trumpets, four trombones, tuba, piano, bass, drums and string section do not get in the way. In fact, all the extra riffage presents a cloud of heavenly proportions in which Brock pierces through like a jet airliner. "Hubble" features scintillating soloing by saxophonist Greg Ward and trumpeter James Davis. Ulery is nothing if not an equal opportunity employer.

Part #2 is Loom, a piano/drums/clarinet/bass/trumpet quintet, for a righteous six tracks. Loom is one bigtime touring machine. Ulery keeps them well-oiled and gassed up for travel. Talk about being attuned to each other! They breathe on each other's solos. You can hear little curli-cues and dipsy-doodles in the background to keep things interesting during the kind of passages that are constantly changing and evolving. (Chicagoans also know Ulery as a professor at Loyola University.)

Part #3 consists of five shorter pieces with a tuba as bass and a pump organ spewing out the oom-pah like march master John Philip Sousa on LSD. The three distinct parts give Festival the kind of afternoon feel of actually walking through an all-day music festival, stopping to sample the sounds on the various stages. Best thing is you don't even have to leave your leather recliner.

Cellist/Composer Andrew Downing Lives in 'Otterville.' It's a Nice Place to Visit. [REVIEW]